Why Reserving is so important ?

This is true, but it is not the primary source of income for insurers, which perhaps causes the misguided notion that insurers make millions (and billions) of dollars in profit, at the expense of those people whose claims are denied.Insurers are very liquid (or cash rich) businesses, owing to the regular volumes of cash they receive for policies they underwrite. Insurers then have to set aside some of this money to pay claims, the minimum amounts of which are set by law. This is called 'regulatory capital'. The rest they invest and that is the primary source of an insurer's income.If reserves are set too high then too much regulatory capital is held up and this reduces the insurer's investment capital and their ability to make money. If reserves are set too low, then insurers may not be able to meet their regulatory capital requirements or satisfy claims.Therefore, the importance of accurate reserving cannot be underestimated and having an #actuary on board makes the whole difference. 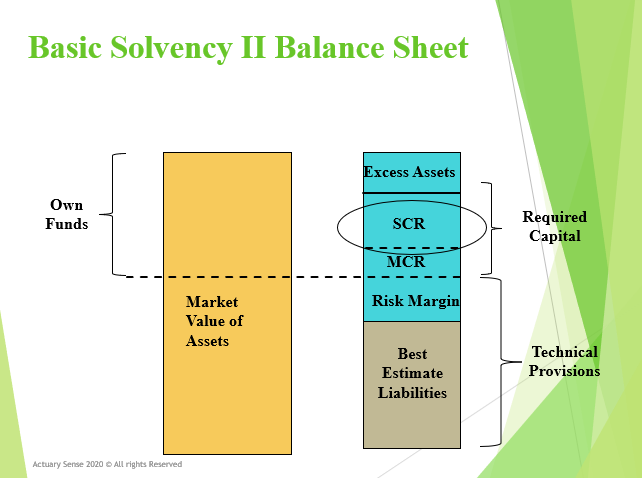 Components of Solvency II in a Layman Language - Phase 2 - Actuarial 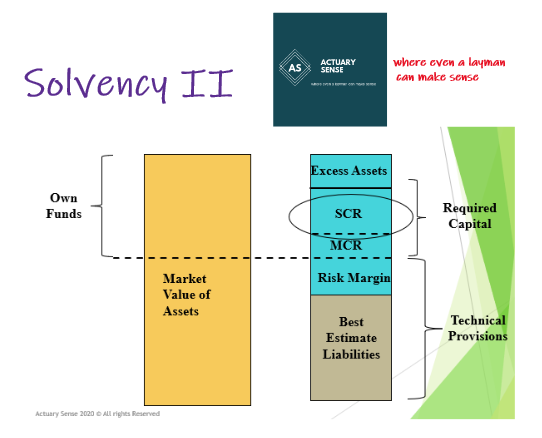 Now let’s understand these terminologies in a simple English. Assets: Assets are generally valued at market value which is easily available for the quoted securities. For the unquoted, we generally use fair or economic value i.e. the price at which assets can be exchanged or liability can be settled. Under Solvency I, they use book value i.e. original cost possibly with depreciation. There are various methods of valuing assets such as: o    Market value o    Fair value o    Discounted Cashflow approach o    Arbitrage approach o    Smoothed Market value o    Written down value Best Estimate Liability: First of all let’s understand what is best estimate ? So there are 3 strength of basis i.e. o    Optimistic – Here the assumptions are set in such a way that places higher value on assets and/or lower value on liabilities. It means my surplus will be higher, profit will be higher and thus taxes paid will be higher o    Prudent – Here the assumptions are set in such a wa
Read more 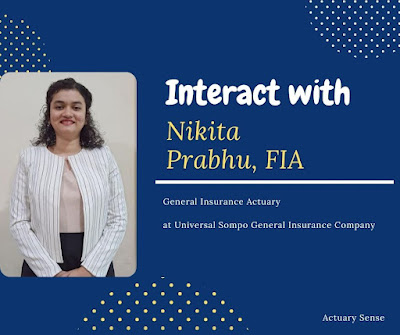 Ques 1: Why did you choose Actuarial Science as a career? Ans: I came to know about Actuarial Science when I was in high school from my father who is an insurance agent. He showed me the Ready reckoner for premium rates and told me that ‘actuaries’ were behind the mathematics of it. I researched the profession and found it quite fascinating. I could apply the knowledge gained from the study of mathematics, statistics, economics, and finance to solve a range of real-world problems. It seemed highly rewarding. Ques 2: How is it like to work in both consulting and core Insurance based company environments? Ans: I was fortunate to start my career in consulting with Ernst & Young. Early on in my career, I got exposure to the different fields that actuaries work in, such as life insurance, employee benefits and general insurance. This initial experience aroused my curiosity towards general insurance (GI) and hence I chose to become a GI actuary. In a consulting firm, you get the
Read more